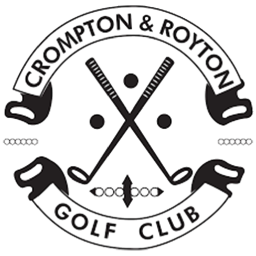 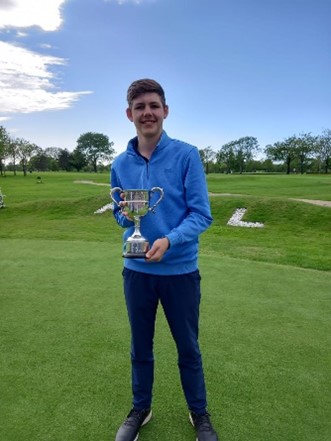 Daniel Melling from Crompton and Royton Golf Club was crowned Lancashire Schools' Under 16's golf champion at Ashton and Lea Golf Club in Preston this week.

The 15-year-old, who is a Year 10 pupil at Crompton House School, recorded an impressive gross score of 73 in tough and testing conditions and secured victory by a single stroke over Alex Wigley from Bolton Golf Club.

At 4 over par through just 5 holes, Daniel's chances of victory looked slim but the three-handicap teenager fought off stiff opposition from across the County, including two scratch golfers who were outright favourites at the start of the day. However, Daniel emerged victorious securing the biggest win of his playing career to date.

Daniel will now attempt to back up this victory at Haydock Park Golf Club in July when he will contest the Lancashire Union of Golf Clubs Under 16's title against similar opponents in search of a momentous double.   ‍

The trophy was presented to Daniel by Lancashire Schools' organiser Eric Wilson and former teacher at Crompton House School. Eric has devoted years of voluntary service to facilitate schools' golf in the county and this is Eric's last year in charge before he steps down from the role. It was then fitting that as a former teacher at Daniel’s School, Eric presented him with the award.

Daniel is part of the hugely successful Junior section at Crompton and Royton Golf Club and has been a Junior member from a very young age. He has worked his way through to become one of our leading Junior players and on his way to being a formidable force on the adult stage.

The Junior golfing section at Crompton and Royton is run by our golf Professional Ryan Grumbridge, Simon Halstead and Mark Pickering. There is a thriving junior section with regular competitions and coaching sessions run by the team. If you want to know more about becoming a Junior member please contact any of the above or secretary@cromptonandroytongolfclub.co.uk or call 0161 624 0986

Congratulations from Crompton and Royton Golf Club. Good luck in the next round Daniel and play well!